Home > In the Media > Why Colleges Struggle to Root Out Professor Misconduct, in One Deposition (The Chronicle of Higher Education)
In the Media

Why Colleges Struggle to Root Out Professor Misconduct, in One Deposition (The Chronicle of Higher Education) 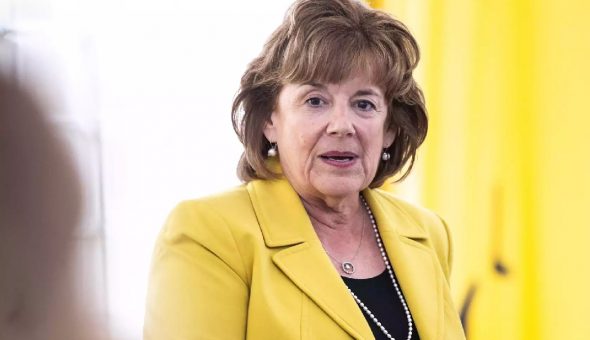 Why Colleges Struggle to Root Out Professor Misconduct, in One Deposition

In a recent deposition, Barbara J. Wilson, a former dean at the University of Illinois at Urbana-Champaign, told lawyers she’d been powerless to punish a tenured professor accused of sexually abusing an undergraduate.

The Chronicle of Higher Education covers shocking deposition footage from our case against UIUC with the then dean, Barbara Wilson, saying she was “powerless” to discipline Professor Gary Xu’s abusive relationship with his student.

Wilson, now the president of the University of Iowa, had been supervising Gary Xu, a department head in Illinois’s College of Liberal Arts & Sciences, when he was accused of abuse in the fall of 2014. Wilson told Xu not to have any further contact with the student, a directive he ignored, according to a federal lawsuit against Xu.
(…)

Wilson’s comments in the deposition highlight how hard it is for colleges to punish tenured professors who commit sexual misconduct. As in Xu’s case, universities often reach separation agreements with professors that allow them to leave quietly. Some move on to a different institution that’s unaware of their disciplinary history, a phenomenon known as “passing the harasser.”

What’s more, Wilson’s handling of the case is emblematic of a broader problem in higher education, said Ann Olivarius, chair and senior partner at McAllister Olivarius, the firm representing the plaintiffs in the federal and state lawsuits involving Xu. When a faculty member commits sexual misconduct, people in positions of power rarely take the initiative to do anything about it, she said.