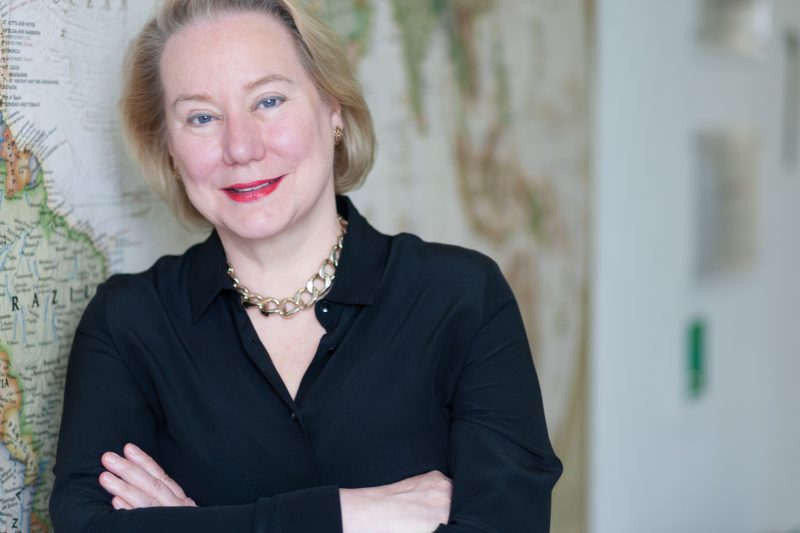 Chair of the Executive Committee

Dr. Ann Olivarius is the Chair and Senior Partner of McAllister Olivarius. She is a Solicitor of England & Wales and Ireland and U.S. attorney licensed in New York, Virginia, Minnesota, New Hampshire, Idaho and in the District of Columbia/ Washington, D.C.

Ann has over 30 years’ experience as a lawyer, financier, philanthropist, writer, and advisor to public figures. With a background in both civil rights law and corporate law, she specialises in cases of discrimination, sexual harassment and assault, and online abuse. She has successfully represented clients against major institutions, ensured that institutions change their practices, and lobbied Parliament to introduce new laws protecting vulnerable people from abuse.

In December 2022 she was approved an Honorary King’s Counsel for her “leading role in the fields of women’s rights, sexual harassment and sexual abuse” and was awarded Officer of the Order of the British Empire (OBE) in the New Year’s Honours List in recognition of her services to Justice, Women and Equality.

Ann’s work with McAllister Olivarius has catered to a wide range of cases and needs. She has helped clients pursue civil claims against their individual abusers and represented large groups in joint-action lawsuits against multinational corporations, universities, and medical bodies. She has represented victims of institutional abuse and brought suit against children’s homes, care homes, prominent schools, and major international religious bodies that allowed the abuse to persist. Her work also includes international corporate transactions, and divorces involving complex financial provisions.

Fighting for legal and institutional reform, to secure justice by protecting others in the future, is central to Ann’s philosophy. Her work in increasing public and governmental awareness of image-based sexual abuse led to its becoming a criminal offence in the UK, and she recently oversaw the establishment of consentlawyers.com, a new form of online service that helps victims of this abuse find affordable, anonymous help. Both her firms have worked closely with the 1752 Group to provide UK universities with better guidance on how to handle sexual harassment and assault investigations. She is a frequent contributor to both British and American media, and has spoken publicly on topics ranging from modern student life to the role of women in science. Ann has been honored by the ACLU, YaleWomen, and the scientific journal Nature.

Before establishing McAllister Olivarius in 1999, Ann worked in the financial sector. She advised Bill Gates on attracting investment after Microsoft’s initial public offering in 1986, designed European corporate structure for Perot Systems that helped make it an attractive candidate for sale to Dell for almost $4 billion, and was CEO of a medical foundation with assets she grew over four years from $7 million to over $100 million. As a negotiator for Mexico in the drafting of the North American Free Trade Agreement (NAFTA), she introduced the concept of a feminist foreign policy at the trade negotiations, later adopted by countries across the world.

Prominent individuals advised by Ann on legal and policy matters include Margaret Thatcher and her Chancellor of the Exchequer Geoffrey Howe, Baroness Daphne Park, and Queen Rania of Jordan. She has served on the boards of Women Moving Millions, openDemocracy, and Autistica, and was active at the formation of the UK Women’s Equality Party. She is also founder of the Rhodes Project, which evaluates the lives and careers of Rhodes Scholars.

Ann attended Yale University, Yale Business School, and Yale Law School, graduating with highest honors. She also holds a DPhil in Economics and Management from Oxford University, where she studied as a Rhodes Scholar and completed a prize-winning thesis.

Following his presidency of South Africa, Ann advised Nelson Mandela on how to lead efforts against inequality and social injustices in the developing world, and was influential in helping him establish the non-governmental organisation The Elders. Mandela described Ann as “a lawyer who has advised me well and who has courageously advanced the cause of justice, and improved life opportunities, for hundreds of millions of women, blacks, and disadvantaged, worldwide”.

More information on Ann’s life and work can be found at her website, www.annolivarius.com.