Home > In the Press > Revealed: How unis issue meaningless fines to students guilty of sexual assault (The Tab)
In the Press 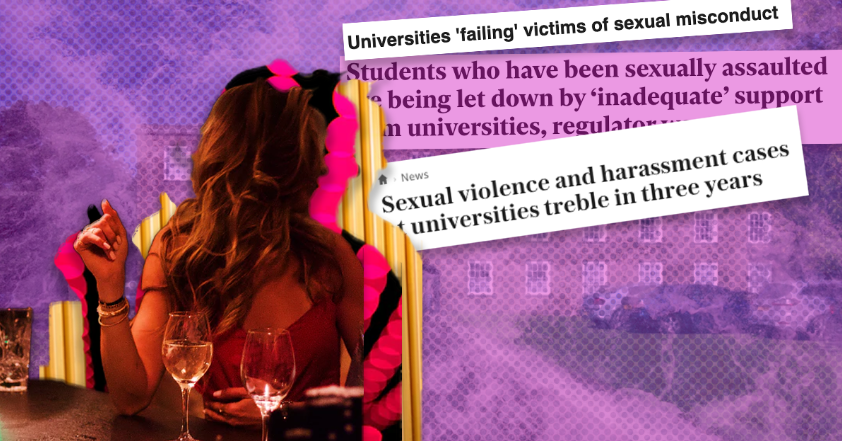 Revealed: How unis issue meaningless fines to students guilty of sexual assault
Students are being given fines as small as £75
Full article

Students found guilty of sexual assault at university are being inappropriately punished with fines, a Tab investigation has found

Although students have been given fines in high profile cases before, our investigation found that the practice – considered inappropriate by experts and many universities – is still happening, often in amounts no greater than £100 a time.

Ann Olivarius, the lawyer who helped victims of Warwick group chat take legal action against the uni, says the small fines “diminish the seriousness of the violation,” and “amount to no more than a little slap on the wrist”.

Details of punishments obtained by The Tab using Freedom of Information laws reveal how small fines have been used by universities to tackle the campus problem.

Nottingham has issued less than five fines this academic year for sexual harassment, but cited data protection as a reason for not disclosing exact numbers. A total of £500 in fines were issued in eight harassment cases – including racist harassment – working out at an average of £62.50.