Home > In the Media > Lawyers Weigh In as Former NFL Running Back Frank Gore Faces Jail Time, Civil Damages (Law.com)
In the Media 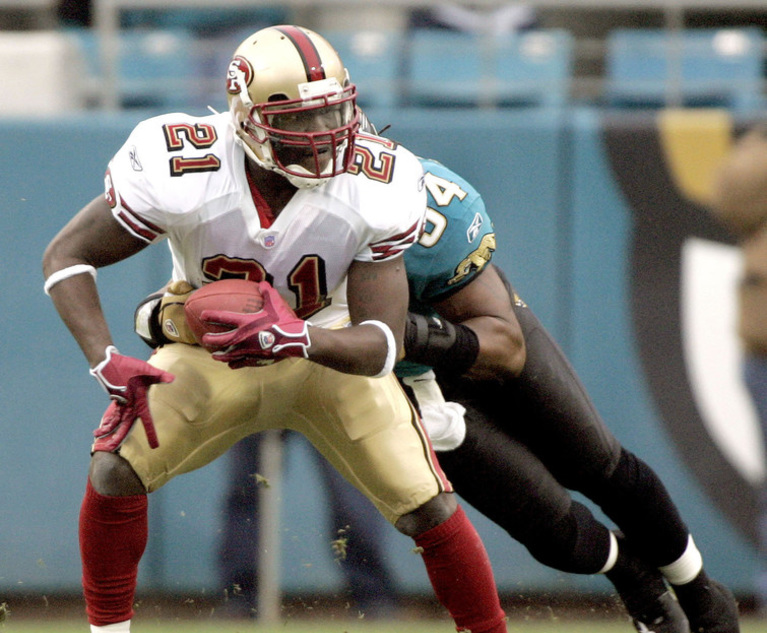 Lawyers Weigh In as Former NFL Running Back Frank Gore Faces Jail Time, Civil Damages | Daily Business Review
Frank Gore was a star football player at the University of Miami and is widely viewed as one of the best running backs in NFL history but his alleged recent actions off the field are drawing scrutiny.
Full article

A former University of Miami football star and National Football League great is in hot water after New Jersey authorities arrested him for allegedly grabbing a naked woman by the hair and dragging her across a hotel hallway during an altercation in Atlantic City.

Authorities accused Frank Gore, 39, of simple assault. It is a violent criminal offense that could carry up to six months in county jail and a fine of $1,000, according to Ann Olivarius, a partner and co-founder of the feminist law firm McAllister Olivarius.

“The statement issued by Atlantic City PD says the victim did not file a complaint at the time of Gore’s arrest,” Olivarius said in an email. “However, this does not mean she has no legal recourse. Under New Jersey law, simple assault is an intentional tort that can form the basis of a civil suit for personal injury. As such, even if Gore is acquitted of criminal charges, his victim can bring a civil claim against him.”

Olivarius, who has prevailed in sexual abuse cases against multiple powerful institutions, said it’s likely Gore’s defenders will claim chronic traumatic encephalopathy, or CTE, in his defense. CTE is a progressive brain condition caused by repeated blows to the head and repeated episodes of concussion. Gore has played more games than any other NFL running back and has become a professional boxer.

But Olivarius said it is important to highlight the problems women face in abusive relationships with high-profile men, as Gore’s alleged assault fits a pattern in the NFL.