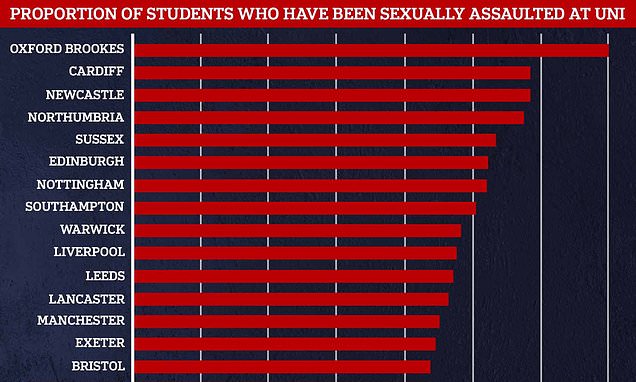 Student news site The Tab asked 4,000 students about their experiences of sexual assault on campus for its 2021 Sexual Assault Survey.

It found widespread problems – with 59 per cent of female students who responded saying they’d been sexually assaulted at uni.

But just seven per cent of students reported their sexual assault to their uni, the figures show.

It found two thirds were unhappy with how their uni handled their case and half of were say they were told nothing about the outcome of their complaint.

‘I’m not aware of any universities that have put in place good, fair and functioning processes,’ Olivarius told The Tab.

‘When we sue universities, there is often an intellectual hubris. They don’t think they should be held accountable.’

She added: ‘They’re guilty, they’re embarrassed, and they’re not doing their jobs’.